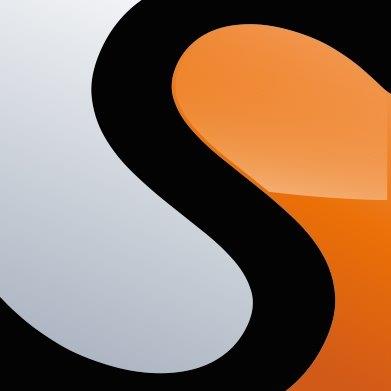 The Panoramic View of Open-concept Kitchens When asked what they want in a kitchen remodel, many homeowners echo the same idea: an open-concept kitchen. Gone are the days of the kitchen being cordoned off. No more swinging doors or small entryways. Renovators want big, open spaces that connect the kitchen to the dining area and sometimes to the living room, too. It is a modern concept that is both inviting and multifunctional. It also can give a smaller space the appearance of more square footage.

Here, a look at six open concept kitchen ideas from Sweeten renovations that make kitchens the star of the remodel.

A soaring ceiling for the win Ann looked for a contractor for two years to update her dark and dated kitchen in East Hampton. She wanted a space that was welcoming and large enough to accommodate her family and guests. A place that felt open and airy and just enjoyable to be in. She finally pulled the trigger on the renovation after finding a contractor through Sweeten. They teamed up to create the bright, airy kitchen of Ann’s dreams.

Ann knew she wanted the faux-brick backsplash and dark cabinetry replaced with lighter, more modern options. To go along with that contemporary update, Ann also decided to remove the wall between the dining area and cook space. But the ultimate game-changer was the detail her contractor recommended: a cathedral ceiling. Bumping up the ceiling added a feeling of spaciousness far above and beyond just taking down a wall. It gives the space a grand appearance and regal style. “I just love having the open space, where everyone can sit and hang out together,” Ann said.

A galley kitchen opens up Elizabeth and Martin lived in their Bronx home for a year-and-a-half before they decided to renovate. It was time. They were tired of the small, inefficient 124-square-foot galley kitchen. They wanted more natural light. To make this happen, their Sweeten contractor took down the wall between the kitchen and entryway. He also removed a partial wall between the kitchen and dining, effectively connecting the two. 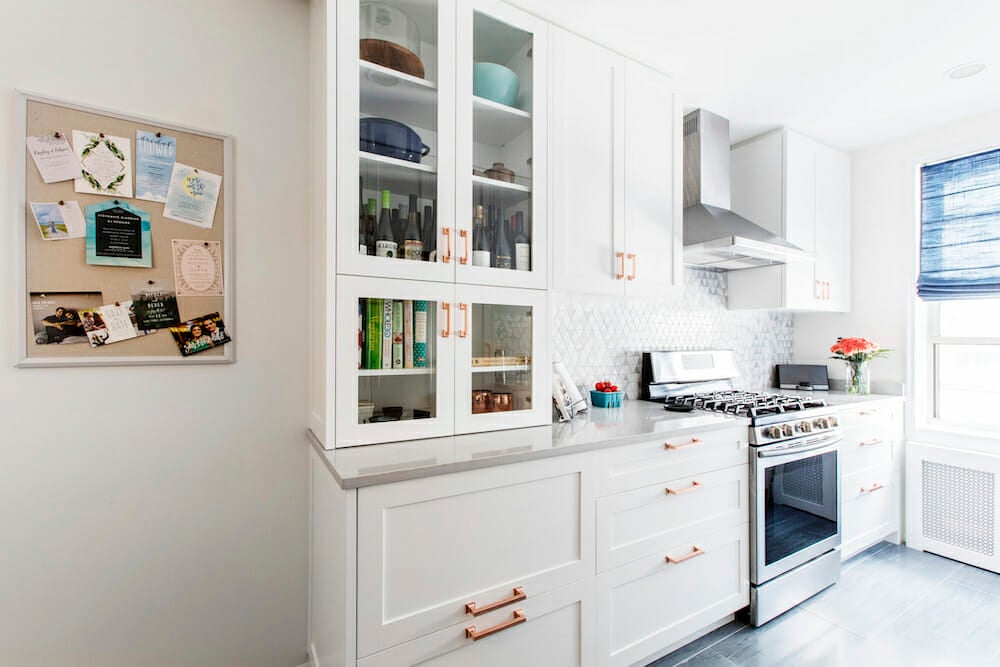 Since the kitchen was still on the smaller side, they had to get creative with storage. They included a peninsula breakfast bar that seats four to six and features additional storage. Glass-front cabinets, a microwave cabinet, and a built-in paper towel holder are all prime examples of their extra storage solutions. “We wanted to make the most of our floor space, have an open layout, and have comfortable dimensions for navigating the kitchen,” said Elizabeth. Mission accomplished.

Flooring that ties it all together

Like many, living through the pandemic made Amy and Kevin re-evaluate their living situation. The conclusion? It was time to make the move to get more space. So they purchased a 1950s home in Los Angeles, California. From the get-go, they knew it needed to be remodeled to fit their work-from-home lifestyle. In addition to turning two of their three bedrooms into office space, they wanted to rethink their kitchen and living room. Their Sweeten contractor recommended widening the kitchen doorway and removing part of the six-foot wall to help the L-shaped kitchen flow. This opened the kitchen up to the living area. To unify the two spaces that were now one, they chose white-oak engineered hardwood in eight-inch planks. They felt this would showcase the oak’s natural grain and make the house’s interior feel more cohesive. In addition, they created a nook for the refrigerator in the peninsula area. This gave them the additional room to add a large pantry—a must-have for most renovators. “The result is a gorgeous home with space for both of us to do our things,” says Amy. “I’m so happy!” Samantha is a stay-at-home mom and Jameson is an executive at a creative agency. They loved their Clinton Hill, Brooklyn co-op but it wasn’t optimal for their family of four. The couple wanted a space that was more kid-friendly. “ We wanted the whole apartment to be social, conducive to entertaining, and hanging out,” said Samantha. To achieve this they decided to renovate. They opened the kitchen to the living room. This way Samantha can see the family in the living room while she’s cooking in the kitchen. Plus, they added a breakfast counter with a cut-out. It serves as the perfect setting for homework—a win-win as Samantha can be doing dishes or prepping meals while she helps the kids with their school work.

They also rethought their old layout. They switched the dining area, which was previously by the window, with the living room sofa to make the table easily reachable. Samantha says her new open-concept kitchen is “an absolute pleasure.” When this Sweeten renovator and his wife moved to Montclair, New Jersey, they knew the home they bought needed a lot of updates. The kitchen was one of the first projects on their list. The house was almost a hundred years old and it looked its age. It was small, with “looming” cabinets all around. There were only eight feet of usable counter space. And the stove looked like it was out of a 1940s movie. Not to mention the cracked “McDonald’s” tiles (red terracotta tiles that are found in some older McDonald’s restaurants). The goal of the renovation was to gain square footage and a better layout. Their Sweeten contractor’s plan was to tear down two walls. One had an old butler’s pantry. By removing it, they gained 18 square feet of space. That was enough to add an island. They also turned the unused cellar entryway into a walk-in pantry. The other wall that they removed was between the kitchen and dining room. Once it was down, the kitchen really took shape—their open-concept kitchen idea transformed the first floor with improved flow and natural light. Roxana and Gabriel loved their Long Island City, Queens, apartment, especially the 15-foot ceilings. They reveled in the natural light that beamed in. What they didn’t love, however, was the functionality or feel of their already-open kitchen. It didn’t match their Scandinavian style and had little to no counter space. They wanted a more open space with integrated appliances, clean lines, and minimal clutter. They worked with a Sweeten contractor and used the IKEA kitchen design tool to develop a new layout. The result is a gorgeous space with a walnut matte finish. The kitchen is seamlessly integrated into the living and dining area, with no walls to be seen anywhere. This open kitchen concept idea lets the family cook, dine, and hang out with ease all together. “It feels modern, calm, and welcoming,” said the couple. “It fits our needs and it feels like home.”

Sweeten handpicks the best general contractors to match each project’s location, budget, scope, and style. Follow the blog, Sweeten Stories, for renovation ideas and inspiration and when you’re ready to renovate, start your renovation with Sweeten.

The post The Panoramic View of Open-concept Kitchens appeared first on Sweeten.

No comments made yet. Be the first to submit a comment

By accepting you will be accessing a service provided by a third-party external to https://www.smithsell.com/